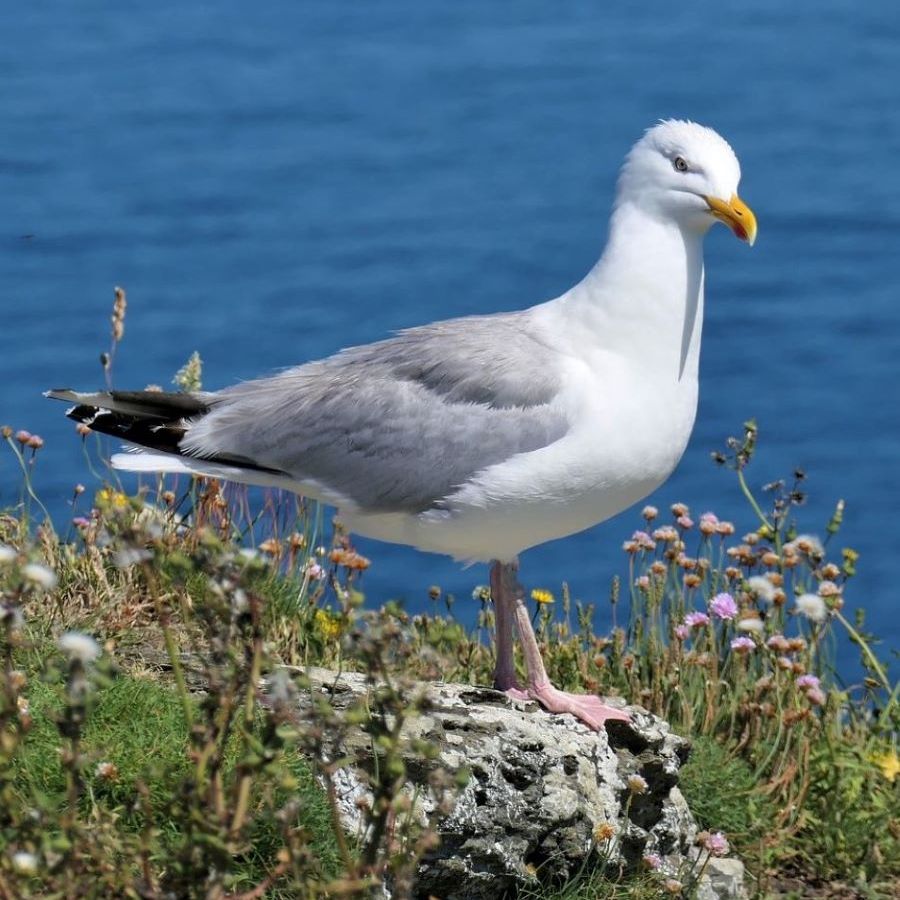 One of the many pleasures about walking the Cornish coast path is the variety of birds we encounter. West Cornwall is uniquely placed to attract a diverse range of birds. Sticking out into the Atlantic, Cornwall is a handy stopping-off point for migrating birds, while our milder climate makes the county a desirable permanent residence, too.

Here’s a quick look at which birds you might spot on one of our West Cornwall walks.

Birds of the western cliffs

The wild cliffs of West Cornwall make perfect nesting sites or stop-off points for sea birds. One of the best places for bird watching is Gwennap Head near Porthgwarra, where you can see shearwaters (Manx and sooty), skuas and petrels. There’s also a colony of gannets nearby, and it’s always worth taking time to watch these magnificent birds swooping and diving.

As you walk along the coast paths of Penwith, look out for cormorants and shags (an easy way to tell the difference is that the former likes to adopt a dramatic pose, with outstretched wings). You may be very, very lucky and spot some of the choughs of St Just in Cot Valley (more about these brilliant birds in a minute). 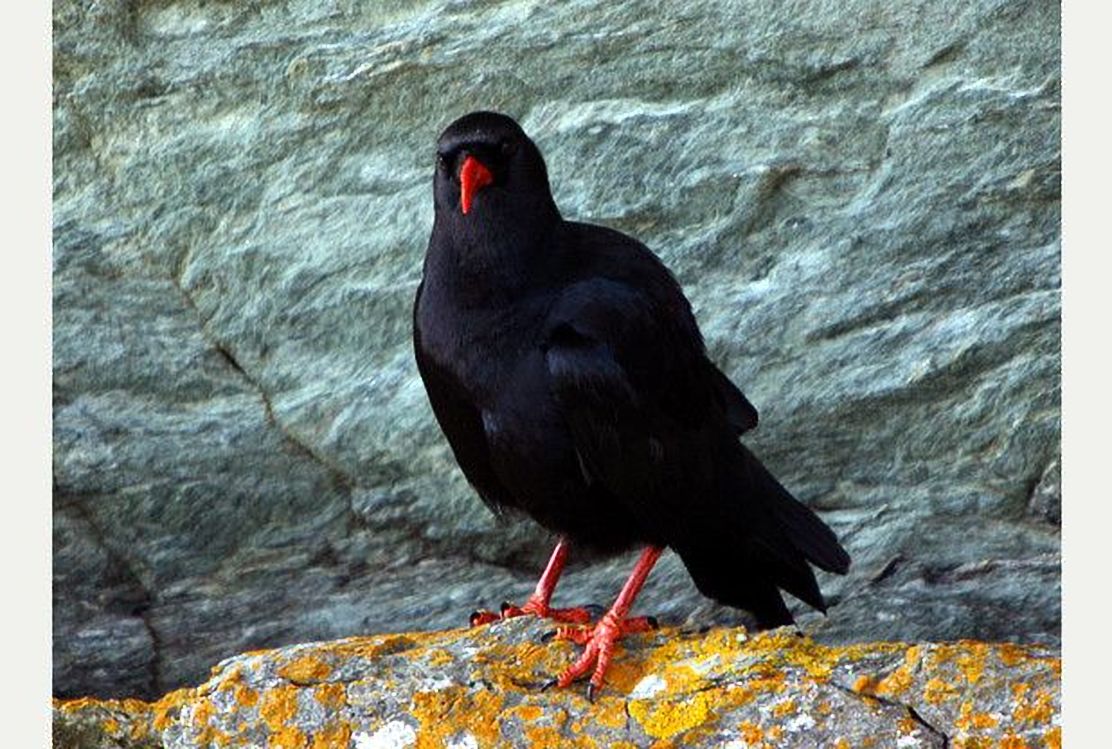 Birds on The Lizard

The beautiful Lizard Peninsula is another favourite spot for both walking and bird watching. It has a special place in most birders’ hearts because this is where the first returning choughs decided to settle, back in 2001. They had been absent from Cornwall (and indeed, England) for over 50 years, which was especially poignant, as these red-legged corvids are one of the emblems of the county. It was incredible when these intrepid Irish birds simply decided to set up home here again.

The National Trust’s Lizard Point Wildlife Watchpoint is housed in Britain’s most southerly building, and is a great place to look out for local and visiting birds. As well as the choughs, you could spot guillemots, chiffchaffs, hen harriers, peregrines and the occasional puffin. In 2019, a black-browed albatross was sighted here.

On the narrow stretches of West Cornwall, between the two coasts, lie the moors and crags of Penwith. You don’t have to stray from the coast path to see kestrels and buzzards wheeling above the fields or perched on posts. Hen harriers sometimes winter here, and towards the end of the day, barn owls leave their nests in the many old farm and mine buildings.

In the summer, watch out for cheeky little stonechats in the gorse and grasshopper warblers scurrying through the grass.

Best walk for moorland birds: St Ives to Mousehole, across the moors

In Hayle, look out for oyster catchers, curlews and little egrets; and in the winter, you may catch a flock of teal or widgeon. Marazion Marshes play host to grey herons, sparrowhawks and swallows, and you’ll often see spectacular starling murmurations here in the winter. It’s an important site for bitterns and aquatic warblers (see the RSPB website for more information). 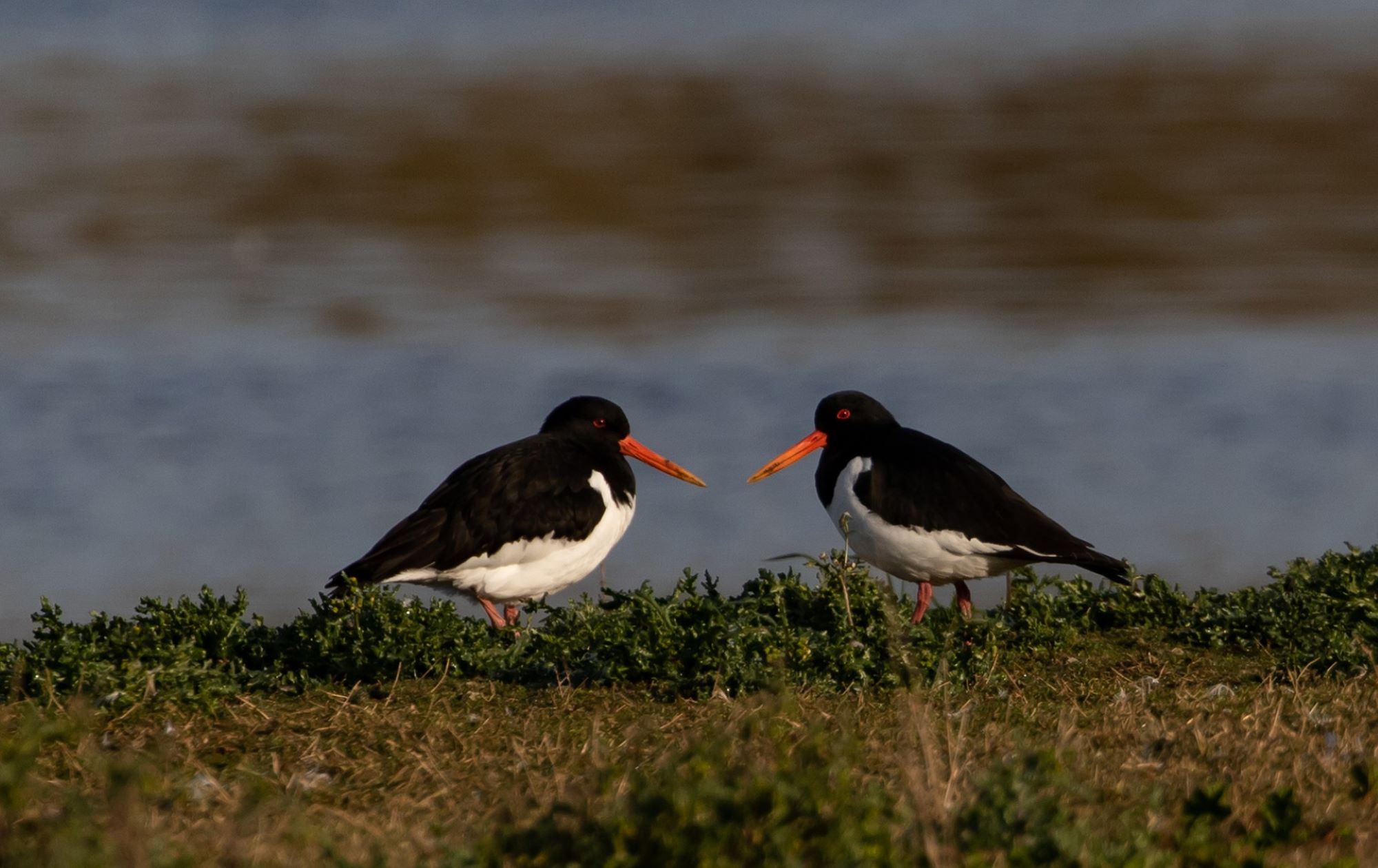 In the towns and harbours

There’ll be no gull-bashing on here – we’re fond of those old scallywags, the herring gulls (unless they’re after our pasties), and it wouldn’t be a proper Cornish morning without waking up to their distinctive cries. The smaller gulls are black-headed gulls.

Turnstones scutter about the footpaths in St Ives, seemingly unconcerned by people, dogs or even traffic. You’re also likely to see purple sandpipers, as the two species seem happy to hang out together.

As many of our walks start in St Ives, you’re bound to see these human-friendly seabirds (guard that pasty).

And over on Scilly…

Head across to the Isles of Scilly for some serious bird watching. The uninhabited islands have become safe homes for species including puffins. Visitors can catch a boat over to Annet, the “island of birds”. If you’d like to tag on a day or two on Scilly onto your Cornish walking tour, just let us know.

If you’d like to know more about our walks, or find out how we can tailor a walk for bird watching opportunities, please get in touch with us at Western Discoveries. 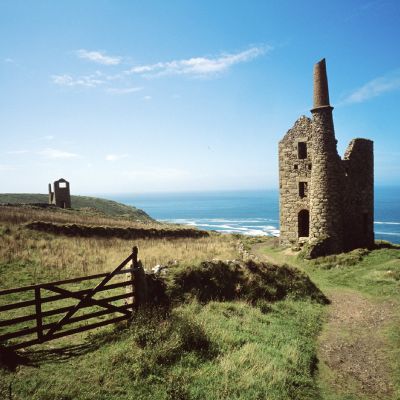 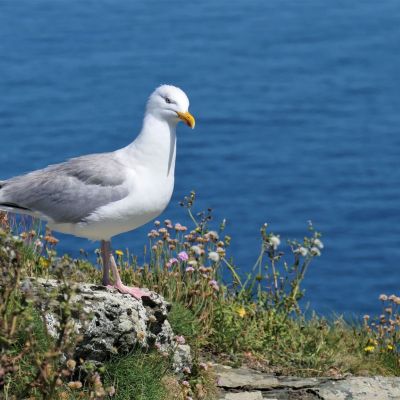